The English Language - 2-28-2011
Language is a funny thing. Somewhere over the Atlantic, about an hour and a half ago, I realized I don't know as much about it as I once presumed. I've been extensively and expensively trained in the classics, the humanities, the history and traditions of our species, with particular focus on the nuances of creative communication. 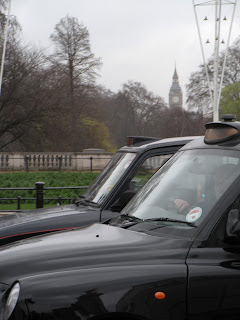 Five hours ago, on the ground, in America, I waited patiently amongst a flurry of travelers, many going home to Britain. All at once I picture me and them in a movie; their charming English accents fluttering past the faces of Hugh Grant and Kiera Knightley. Around me were a businessman, a group of teenage girls being wrangled by a teacher and a young couple with an infant. Hollywood could take these Brits, plus me and weave a romantic comedy plotline without even lifting a finger.

Above the typical sounds of Terminal B, I chuckled everytime one of these people spoke. They sounded like Austin Powers, Harry Potter, Madonna (for a few years, back in the day). They spoke my language but it was a language of fiction and fantasy, a vernacular charicature.

Six hours and one ocean later, the novelty is fading into the ether with the red-eye moon.

I opened my window shade to take my first look at England. This is a land whose people I've studied incredulously, admired indefatigably, been entertained by endlessly. We steadily descended. There were little twinkling lights from awakening houses, rising to a new day underneath a familiar layer of fog that blanketed their neighborhoods and stretched underneath my plane, far off over the edge of horizon. This is a real place, with real people, who speak a language I know but am wholly alien to. 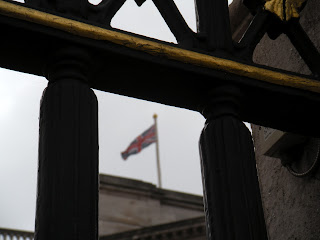 The wheels touched down at Heathrow and those same businessmen scuttled off to the financial district. The school girls packed up their American trinkets and set off for home. The young couple nestled the sleeping infant in his pram.

We picked our way to the Tube station, our indoctrination into the real UK. Shakespeare never wrote about this.

I found the map. Danielle gazed glassy-eyed at the rows of times and prices.

"Why don't we go to ticket window," she said, pointing across the increasingly busy underground station. 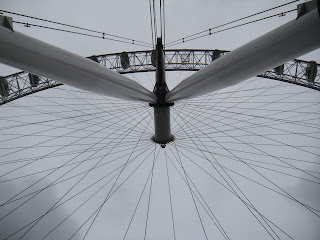 The man behind the window greeted us with a jolly smile, a hearty "Cheers!" and a handful of information, Tube tickets and mini-maps. Before we walked away he rattled off two or three sentences of information/salutation/degradation (I wasn't quite sure which), waving with that same unchanging jolly smile. 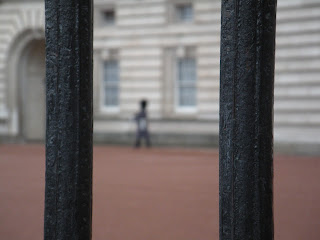 "What'd he say?" I asked. Danielle just shook her head.

I know a lot about this nation, its literature, its history, even about our shared language. But I still don't know anything about England - yet - and I have no idea what that bloke at the ticket booth said.
Posted by Mike at 8:12 PM