It’s a feeling, a state of mind that you absorb like rays of sunshine – osmosis for the soul.

If you’re lucky it dawdles deep into post-vacation, which is appropriate because nothing

and no one in Key West moves quickly.

The lingering effects of the Conch Republic are also tangible. I don’t mean souvenirs,

although I’ve brought home some extraordinary tropic wines from the Key West Winery,

white vintages from the Keys flavored with pineapple and mango. I mean the kind of

thing you look at every day, or invite people to enjoy with you so that they, too, can

indulge in the relaxation and rejuvenation that come so readily in the Florida Keys.

made our first visit. We didn’t know what to expect, other than the stories from friends

who swore by the romance and fun that awaited us at the end of Route 1.

Falling in love was easy. We both were infatuated from the start. It began with our hotel,

Southernmost, which sits at the southern end of Duval Street, Key West’s main drag. The

opposite end of Duval Street, packed with bars and bands, can get rowdy and loud, but

Southernmost was far enough away with a private beach and tiki bar, to let the relaxation

seep in; but close enough that a quick walk put you mid-excitement.

On that first trip we explored the island tip to tail: we ate conch fritters and key lime pie;

held hands atop the Key West Lighthouse, my single favorite spot in the world.

Key West became a part of us, a part of our relationship, which I later galvanized.

In 2008, we made a return trip, joined by my cousin, Ryan and his then-girlfriend (now

wife), Amanda. I had more than vacation in mind that weekend, and only Amanda and

Ryan were in on the secret – after all, I needed someone to carry the engagement ring so

Danielle didn’t find it in my suitcase.

My cousin took his job seriously, but it is worth noting that one should always ensure

they’re following TSA guidelines while carrying an engagement ring. He was stopped

and his bags searched because he had an oversized bottle of mouthwash in his carry on. I

give him credit, he talked his way out of that one by whispering that he had an

engagement ring, but it was close.

Our first day was a Saturday, and only in the background did we hear the warnings about

Tropical Storm Fay bearing down on the region.

Danielle and I conveniently had to kill time by taking a stroll.

We accidentally-on-purpose happened by the Key West Lighthouse, which was closing

for the evening. Bob the lighthouse keeper was sweeping up at the front gate. In the

months prior, I had worked with The Key West Historical Society, proprietor of the Key

West Lighthouse, to set a secret plan in motion, complete with a secret code word.

Bob very nicely explained that the lighthouse was closed, but he’d let us take a walk up

while he finished cleaning.

I trembled climbing the stairs. Danielle was ahead of me and burst out onto the

observation deck before me.

At the top of the lighthouse, as the whole island sunk into a deep red sunset, I knelt and

asked her to marry me (she said yes).

The next morning, with Tropical Storm Fay biting at our heels, we evacuated the Keys

after an abbreviated stay. But Key West, and the special memories we shared, have

remained with all of us since. Sharing a life milestone with family made Danielle and I’s

engagement that much more poignant, and the four of us frequently talk about a return

Return has not yet materialized, but I know the flavor of Key West took deep root in

Ryan and Amanda. Ryan’s love for the Keys has manifested in a building project. Over

the summer he began renovating his family’s backyard shed, turning it from lawn mower

storage into Key West tiki bar. His vision, he says, is straight out of the Conch Republic.

Once it’s finished, the story of our trip to Key West and Tropical Storm Fay will

In his song, “Magic” musician Kenny Chesney sings, “I believe there is magic here.”

Key West’s allure is otherworldly. It is intoxicating and everlasting. Once you’re there,

you never really leave. It could only be supernatural.

My wife and I made sure “Magic” was played during our wedding reception.

Peru: Much more the Machu 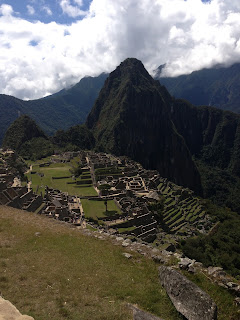 A trip to Peru is a learning experience. Just ask Kelly Cheeseman, whose expectations of the

country: Machu Pichu. But after nine days traversing the country, from its jungle rivers to its

tallest mountains, Cheeseman learned that Peru can be so much more the Machu – and she took away a few other lessons, too.

Visitors from around the globe travel to Peru to experience Machu Pichu, the lost and found

Incan city that hovers high among the clouds amidst the tallest peaks in the Andes Mountains.

Up there, breathtaking panoramas and dazzling sights abound in every direction. But despite the

draw of this legendary site, and its rightful place among the world’s pantheon of iconic

landmarks, the surrounding region is bursting with unforgettable experiences.

As Cheeseman explained, “the most shocking part of my nine day Peruvian adventure wasn’t the

beauty of Machu Pichu. It was how amazing the less-travelled parts of Peru were.” 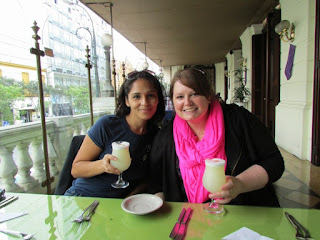 Cheeseman, a twenty-something avid traveler who has lived in cities across America, from

Dallas to Chicago to Seattle, began her Peruvian adventure in that country’s main city: Lima.

Visitors to Peru vary in their affection for Lima, many viewing it as a temporary launching pad

to the real start of their trip further up in the jungles and mountains.

This bustling, business-like city is home to more than two-thirds of Peru’s population. The heavy

and neighborhoods, their elegance rivaling anything one would find in Europe. Eclectic food,

drink and ceremony also make Lima worth more than just a jumping off point.

For example, no visit would be complete without a pisco sour, a potent beverage made with

off the Plaza San Martin, and indulging in a few cocktails. 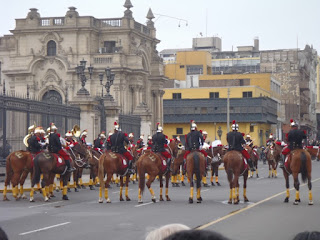 Other highlights in Lima include dinner along the coast in the Barrancas neighborhood, and

Cheeseman and her friends left Lima, as so many other visitors do, and embarked on the journey

to Machu Pichu. But she glazes over the llamas, the mountain trek, and the iconic vistas in order

to quickly arrive at what she considers the best part of her time in Peru: three days and two

nights in the jungle.

“As four ladies who had conquered the concrete jungles of New York and Chicago, we were

ready to try our hand at the real thing. And to convince ourselves that we could still be

Outdoorsy is an understatement, as modern civilization fell away quickly underneath the small

single runway became the last bit of pavement they would see for days. Warning sings for

malaria were posted in several places.

After a 40-minute bus ride along dirt roads, they arrived riverside to board the vessel to their

lodge, Posada Amazonas, which was only accessible by boat. Forty-five minutes and one lunch

served in a banana leaf later, they arrived at what they were told was the lodge.

what I considered civilization,” Cheeseman said. “The entire lodge was open air.” 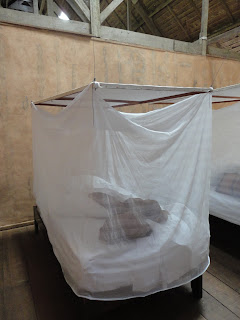 Their rooms were also missing a key feature: a fourth wall. Each room was open to the jungle,

equipped with whistles in the event a guest encountered a wild animal. Electricity was scarce,

portioned out for a few hours in the morning and evening, relinquishing nighttime to candles and

flashlights while the eerily beautiful sounds of the jungle echoed beyond.

“Not having power ended up being the best thing for all of us,” Cheeseman said. “We really got

to know the other travelers at the lodge. Any free time was spent in the lounge area drinking

Their days were filled with the usual activities – usual for jungle life, that is. They fished for

piranha, hiked the jungle, jumped into the Rio Madre de Dios and visited the shaman.

“Drink what the shaman gives you,” Cheeseman advised. “I don’t know what was in the three

shots I drank, but I do know that my life has been pretty awesome since then.” 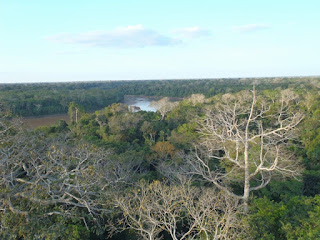 of power and reliable showers – but she touted the new cultural experiences, a few acquired

survival skills, and an understanding of strengths she didn’t know she had.

“If you can’t roll with the punches,” she said, “you won’t enjoy this awesome country.”