If I by some freak act of aperture a professional photographer asked my opinion on the matter,  my vote would have to go to St. Stephen's Cathedral in Vienna, Austria. As one of the city's most recognizable landmarks, St. Stephen's is photographed thousands of times a day. But as I stared out over its scaled, multi-colored roof, strolled in awe underneath the massive pipe-organ or studied the intricate external carvings, I realized there must be thousands of possibilities for a good shot.

Immediately upon exiting the train station at Stephansplatz, the cathedral dominates the Austrian sky. The immense gothic structure acts as a hub of sorts for Vienna's main thoroughfare. To the right and left, the pedestrian-friendly road leads to high-end shopping, outdoor cafes serving slices of Vienna's famed pastries, and more of the city's landmark sites. But it's hard not to stop and strain your neck up for a full glimpse of the huge door and ornate towers at its front entrance. I walked into two people as I circumnavigated the cathedral's perimeter, simply because I was looking up.

Gargoyles and elaborate gothic detailing covers the outside walls and spires, giving St. Stephen's an eerie beauty. It is a beauty that you may find nostalgically familiar, reminiscent of historic movies and images. Until you step back a few steps and see the roof. Like dragon scales, the tiles shimmer in bright greens and yellows and reds. The mosaic forms the traditional Hapsburg double-eagle, along with the coats of arms for the city and country. This location was home to two previous churches, but what you see today was rebuilt and restored after a World War II fire.

Inside, the sunlight fractures through ceiling-high stained glass. After you awe at the massive pipe-organ above the entrance, the full beauty of St. Stephen's interior unveils up and down the center aisle. An ornately decorated pulpit stands close to one end and pews weave up through a series of grand pillars. An ironwork gate would be a piece of art in itself, but amongst the beautiful glasswork, intricate gothic stylings and checkerboard floor, it seems almost dull.

And even after all the exterior and interior finds, St. Stephen's has one more to offer. Ascend to the roof for an up-close look at the roof and a panoramic view of Vienna. It's a good first stop on a trip to this city. From up high, you can see most of the other landmark's you'll want to visit, like the amusement park across the river and it's famous, old-time ferris wheel.

But while you're up there, try not to get caught up taking too many photos. There are plenty more opportunities for great shots around Vienna. Most of them located just a short ride back down into St. Stephen's Cathedral.

(Below are some of my favorite photos from St. Stephen's Cathedral, taken in March, 2012) 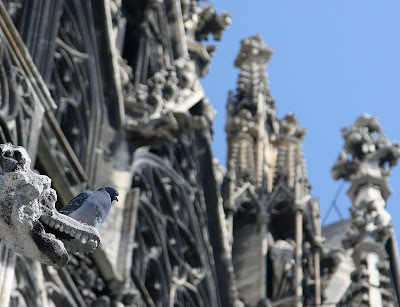 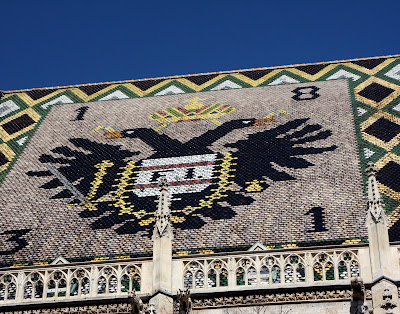 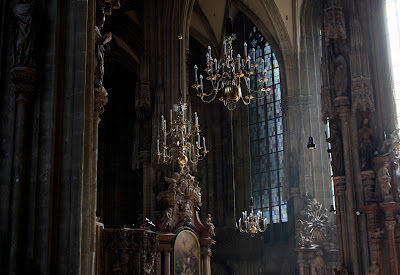 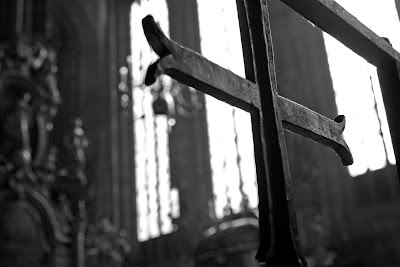 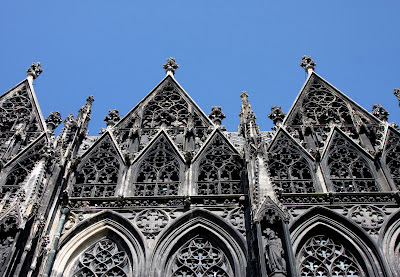 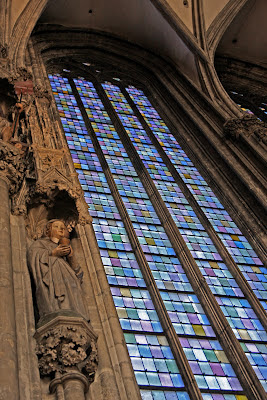 Stained Glass to the Ceiling 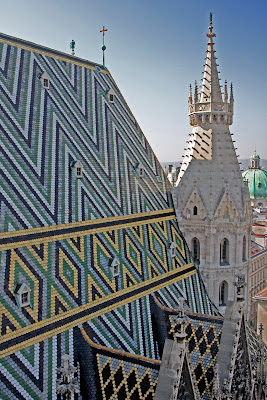 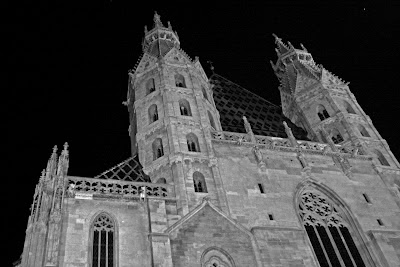