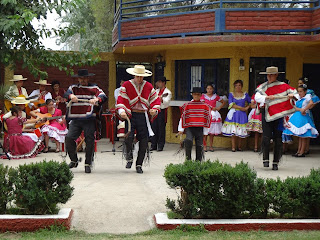 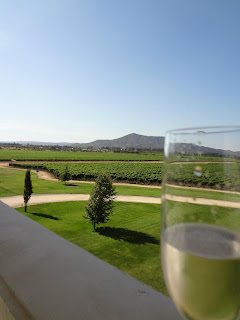 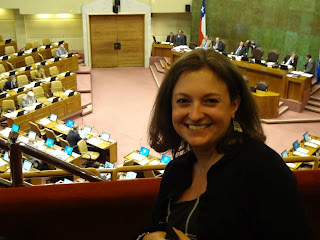 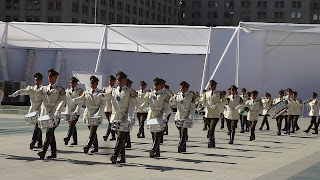 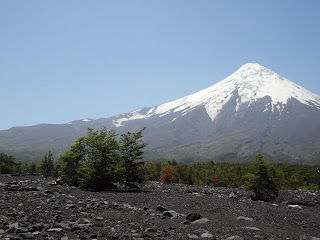 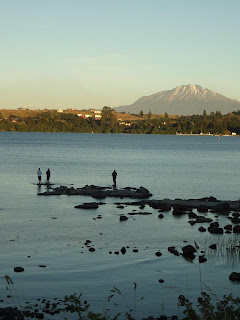 Sometimes when you’re on a lost and lonesome highway, east of Omaha, your only friend is the voice harmonizing out of the dashboard radio. There are songs that inspire us to explore, and there are those that keep us company while we do so. Granted, rock stars have a much easier time executing the escape plans laid out in their lyrics, but I’m not one to ignore the calling to relaxation or adventure. Music and travel share a creative, somewhat restless spirit. And if nothing else, you need a good iPod playlist to drown out that latest Kathryn Heigl abomination playing on your next transatlantic flight.

10. Land Down Under by Men At Work
“Buying Bread from a man in Brussels/ He was six foor four and full of muscles. I said “Do you speak-a my language?” He just smiled and made me a vegemite sandwich.”


9. The Life by Kenny Chesney

“It was early one morning, Playa del Carmen, that’s when I first met Jose. He had a 12 foot schooner, a 3 foot cooler full of the catch of the day. And he was wrinkled from grinnin, from all the sun he had been in, he was barefoot, cerveza in had. He said gracias senor when I paid him too much for all of the snapper he had. Now I told him my friend it ain’t nothing, in the best broken Spanish I knew. I said I make a good livin’ back home where I’m from. He smiled and said, “Amigo, me too.”

“Will you let me romanticize,
The beauty in our London Skies,
You know the sunlight always shines,
Behind the clouds of London Skies.”

6. Ramble On by Led Zeppelin


“Got no time to for spreadin' roots, The time has come to be gone.
And to' our health we drank a thousand times, it's time to Ramble On.”

5. Two of Us by The Beatles
"Two of us sending postcards
Writing letters
On my wall
You and me burning matches
Lifting latches
On our way back home"

4. Jet Airliner by Steve Miller Band
"Leavin' home, out on the road

3. Free by The Zac Brown Band

"Travel all across this land, me and you"

2. Counterclockwise by Roger Clyne & The Peacemakers


“Bought a pancho and sandals
I threw away my shoes
Brought a toothbrush and a razor
I probably won't use
Hit the track, turned my back
on the Headline News
On my way to meet the moon on the bay
Where she's risin' big and full and blue”

Danielle Hartigan - Sweet Baby James by James Taylor, cuz I've been on that turnpike from Stockbridge to Boston when it was covered with snow

@MaldenMark - Hungry Heart by Bruce Springsteen
"I went out for a ride and I never went back/ Like a river that don't know where it's flowing/ I took a wrong turn and I just kept going."

@Shemkus - On the Road Again by Willie Nelson, clearly 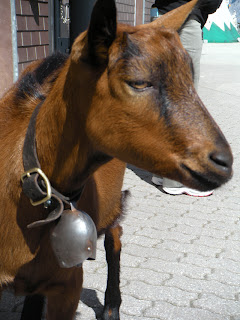 I don’t grow it very often. When I do, it makes some folks nervous. In every instance, it becomes irritating.

But still, I think I look good when I grow out my facial hair.

I’m not talking full-on Grizzly Adams beard here. Something moderate, manageable and above all, meaningful.

All good modes of expression carry weight; so if you’re going to accessorize your face it damn well better mean something.

Facial hair at its roots carries significance in the world of Man, harkening back to ancient times when a boy was not grown until his whiskers grew in. Philosophers stroked their beards while pondering Earth’s mysteries; Salty sea breeze flecked those of pirates set sail to plunder. Every mountain man, wild west cowboy and National Hockey League playoff team for the past hundred years has rocked a shaggy beard, a 'stache or a goatee.

Somewhere along the way, facial hair became a symbol of adventure. From the crusading knight to the unkempt explorer, each was too ingrained in discovery to bother with manscaping. 's beard was an evolution in itself. Indiana Jones wore the stubble well. Because when faced with a challenge, the manly man needs something upon his chin to scratch introspectively.

Perhaps it is a nod to the great bearded adventurers of yore, or perhaps I'm just lazy and have sensitive skin, but either way, when traveling, I've grown accustomed to growing it out.

The sense of adventure just calls for it. My wife's insistence to the contrary be damned, when I'm away there is nobody around to impress. I say embrace the inner explorer by looking like one on the outside.

Growing a goatee has grown into a tradition of sorts. It only occurs when I travel (and during the Boston Bruins playoff run to a Stanley Cup Championship - that was founded in pure superstition and luck and I fully believe that by not shaving for a couple months I contributed in some small part to their victory. Go ahead, prove me otherwise).

The practice began in , partially because it shielded my face from the brisk Alpine air and partially because I ran out of shaving cream. Ever since, from the of to the top of , my vacation photos are peppered with me sporting the Goat.

True, the process requires a few days of itching at stubble and hearing the requisite, "oh you're doing that again?"

But shaving time is cut in half. My face is partially prevented from chapping during mountain hikes. If I'm ever picked out of a lineup with the threat of being locked up abroad, I can claim I'm not Mike Hartigan, just his evil twin.

And dammit, I think I the look suits me. But only when traveling (or if the Bruins make the playoffs again). Because then it means something. It has purpose; it represents the clichéd freedom that sprouts from adventure; it suggests autonomy from the person not traveling.

There is Me and there is Travel Me. Me works clean-shaven to make money so Travel Me can exist. And when Travel Me stumbles upon hidden tea shops or discusses the meaning of life with two fishermen in Key West, he scratches his goatee introspectively in thanks to Me. When I travel, there's just a little something extra.

In the end it's just facial hair, itchy and irritating. It comes and goes with the swipe of a blade. And yet, thousands of years of grizzly faces holds some significance.

I plan to grow my goatee more often this year. Which only means I have to travel more.

And that is an exciting proposition for 2012, the Year of the Goat. I can feel the follicles tingling already. 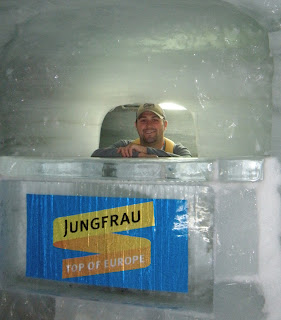