Everything about Chicago is huge.

America’s tallest building dominates the city's recognizable skyline. Lake Michigan challenges the horizon like an endless freshwater ocean. You could replace a tire on a Humvee with a Chicago deep-dish pizza. The Cubs haven’t won a World Series in 103 years, the longest championship-less streak in American professional sports. And within city limits, you'll find a giant Ferris wheel, a giant bean and a giant Marilyn Monroe.


Whatever it is, Chicago does it big.
Undoubtedly, the Windy City is a lot to take in. With so much culture, so much personality and so much to see, stuffing it all into one weekend trip would be akin to stuffing William "Refrigerator" Perry into a pair of skinny jeans. With exceptional effort it could be done, but there will be uncomfortable chaffing. 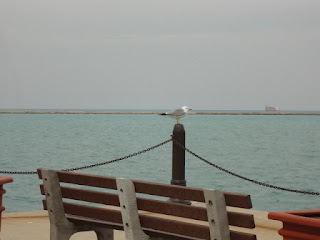 Nonetheless, the grandeur and diversity of America’s third largest city does play in her favor: each site and each neighborhood has a feel all its own and can be enjoyed as such. So if you view Chicago as a series of destinations within a destination, you'll never leave feeling like you missed something and you'll always have a good reason to go back.


But with limited time, a city such as this comes with a fair share of intimidation. Where to go first? Who has the best food? What gives a good sense of the Second City? Was Donald Trump compensating for something with that towering, steel-girdered homage to luxury capitalism he erected on North Wabash Avenue?


Regardless of the city’s breadth and reach, there are some stops that encapsulate this all-American city’s many flavors. And as survival experts will tell you: when in doubt, follow the river.


The Chicago River Architecture Tour given by Wendella Boat Tours provides an easy avenue from which to begin a Windy City whirlwind. The boat sails up and down the Chicago River's arms and then out to Lake Michigan, where happy riders get several panoramic views of the city. Your tour guide’s knowledge of city history and architectural styles is just as impressive as the colossal skyscrapers enveloping the riverbanks. The city’s rich past, from politics to pizza, shines a light on the entrepreneurial spirit and fearless nature of its inhabitants. By disembarkation, you’ve glimpsed most of the city’s famous landmarks and formulated a mental guide map from which to further explore.


Wendella’s boat dock lies underneath the Wrigley building, a business staple from days gone by; across Michigan Avenue a massive statue of Marilyn Monroe a la The Seven Year Itch welcomes blushing tourists who (some demurely and some way too eagerly), pose for a photo under her windblown dress.


Anchoring one side of this plaza is the Chicago Tribune, a building significant in its own right even if it wasn’t home to one of the world’s foremost newspaper companies. The builders collected an impressive array of stones from international landmarks – The Coliseum, Edinburgh Castle and the Great Pyramids, just to name a few – and embedded them into the outer walls. A trip around the building perimeter is a trip around the world and a representation of Chicago’s cultural crossroads. 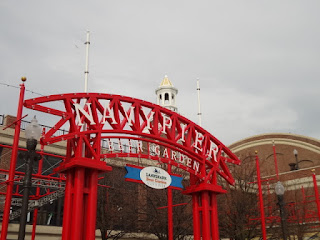 For a taste of one of those cultures, walk west from the Tribune Tower following Illinois Street for about six blocks to Lou Malnati’s on North Wells Street. There are buses, but you’ll need the walk to work up an appetite. Don’t worry; a deep dish pizza from here will quickly replace any burnt calories. The butter crust with sausage is a filling, working man's meal (a small size is enough for two people). Like the city itself, the classic dish is hearty and traditional blue collar fare. The astonishingly delicious tomato sauce actually stands out, even amongst an oozing morass of bubbling cheese. If you don’t leave satisfied, it’s your own fault.


With a belly full of butter crust, you’ll relish strolling back east toward the lake and the famous Navy Pier. An enormous old Ferris wheel, carousel, boardwalk and boat rides – this is the Midwest’s take on Santa Monica or Coney Island. Enter through the red arch, grab a beverage and sip your way along the breakers, through a fun and flirty atmosphere of trinket shops, food hawkers, funhouses and even the Shakespeare Theater. Navy Pier is touristy, but in all the right ways, culminating with its point jutting into Lake Michigan for stunning lighthouse and lake views. Or turn around, camera in-hand, for a breathtaking Chicago panorama.


Somewhere in that panorama sits Millennium Park, worth a visit for its beautiful combination of greenery and art, and a nice wind-down after Navy Pier’s excitement. People flock around the massive, reflective sculpture that serves as the park’s centerpiece, known fondly as “The Bean.” Actually named “Cloud Gate,” this polished sculpture by artist Anish Kapoor bounces images of people and building into crazy angles, resulting in amazing photographs and skyline visions. 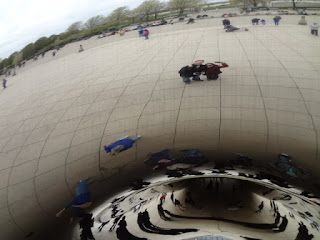 Another art piece can be found nearby, where two columns stand amidst a shallow wading pool, each covered in video boards and water cascading from above. Each column is a mosaic of a human face that twitches (creepy) and intermittently squirts water into the central wading pool (creepier). Who said modern art had to mean something?


To get away from the spouting faces, head a few blocks from Millennium Park toward the Magnificent Mile (Michigan Avenue) and a taste of cosmopolitan Chicago. On you’re your way swing into Sweetwater for a happy hour cocktail. This sheik, modern bar/restaurant is perfect for outdoor lounging on a nice afternoon, watching the rush hour commuters hustle by. You’ll be refreshed by the time you spill onto the Magnificent Mile, skipping past Saks and Michael Kors, Nike Town and Nordstroms. But be sure to notice the free treasures the boulevard provides seasonally, from holiday lights to a dazzling array of springtime tulips. 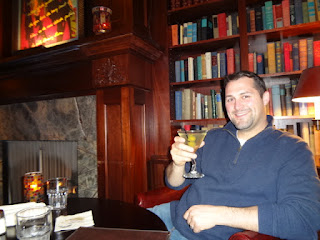 Once all the day’s snapshots have been snapped and tour guides talked out, lounging in a leather chair by a fireplace with a gin martini in hand seems just plain appropriate. A quick bus ride takes you away from downtown to the Lakeview neighborhood, where a bar called Wilde waits on North Broadway. Filled with tattered books, this bar named after literary giant Oscar Wilde has the ambiance of an old English library in the midst of one of the city’s most vibrant neighborhoods. A nod to the old embraced by the new, in typical Windy City style.


Chicago’s activities are as diverse as they are memorable, offering unique experiences where most big cities sell only homogeny. Consuming everything on a short stay might be as ill-conceived as a swim in the Chicago River.


So Chicago is big; so what? It is manageable. Go ahead, take a few big bites and get a taste of this Midwest metropolis. You can always go back for more.

In honor of this weekend's Earth Day, I've posted some great photos of city flowers from downtown Chicago. There was a stunning contrast along the Magnificent Mile of urban and rural, with vibrant tulips running alongside shoppers, commuters and traffic. 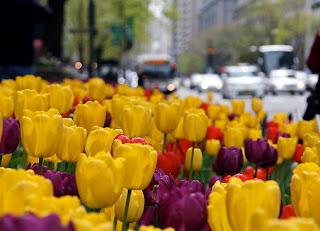 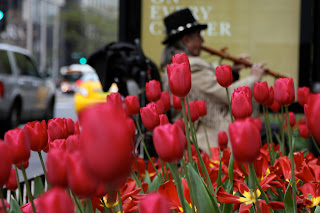 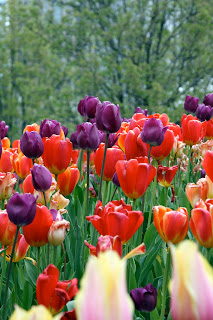 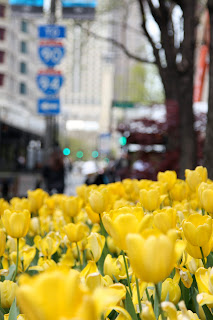 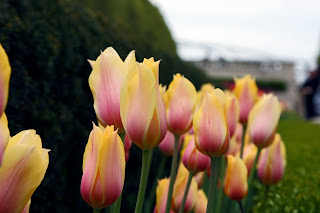 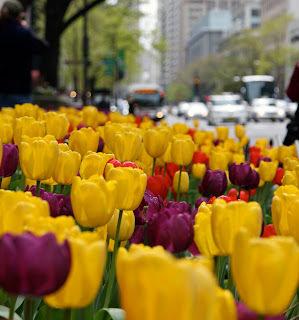 My piece from the Arizona Republic appeared in the Sunday paper on April 8, 2012 about beautiful Vernazza, Italy in the Cinque Terre and their rebuilding efforts due to 2011 mudslides. 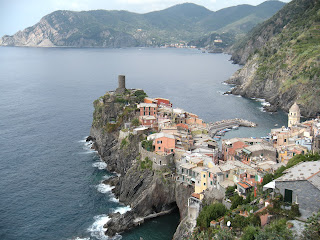 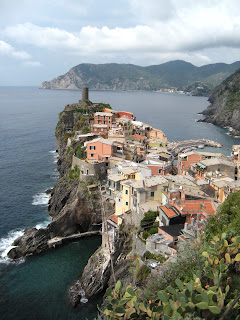 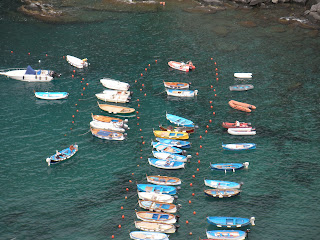 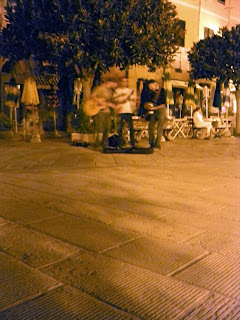 Street musicians in Vernazza's plaza, jamming away to Roger Clyne & The Peacemakers music
Posted by Mike at 11:48 PM 1 comment: