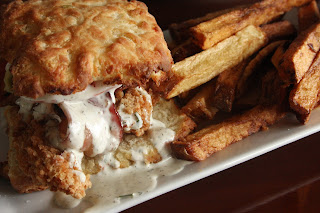 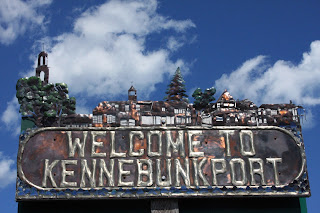 Our entire evening was a culinary whirlwind of trendy modern and classic New England.
The Brussels sprouts were candied, the lobster was whole fried and the haddock was a luscious pillow. Candy boutiques mingled with local olive oil artisans. After popping into a gourmet ice creamery, we relaxed around a stylish wine bar’s communal bonfire, sipping hard-to-find Syrah. All of this within comfortable earshot of the ocean waves.
Such are the culinary delectations that have become standard throughout Portland, Maine’s, thriving, well-deserving food scene.
But we weren’t in Portland.
Thirty minutes south, here in Kennebunkport, similar culinary creativity is regularly on display, with an added sprinkle of year-round, small town charm. Portland may be Maine’s most popular contribution to New England’s fashionable food scene, but when you come to Kennebunkport you better come hungry.
Kennebunkport has been on the tourist map for some time, of course, as home to fishermen and former Presidents. The village stands as a go-to destination for weddings and weekend getaways, while its annual Christmas Prelude is a town-wide, off-season celebration that regularly draws visitors from all over. Because of this, many establishments remain open into December to catch the Prelude crowd, making Fall a less-crowded and exceedingly enjoyable time to visit. 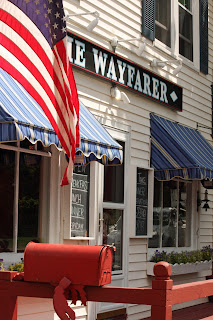 But regardless of season, the food scene here is reason enough to come.
Downtown, comprised essentially of one road bridging Kennebunk and Kennebunkport, is dotted with eateries serving waterfront fare variations. However, sailing a bit off course will bring you to Kennebunkport’s real treasures.
We navigated past downtown to Cape Porpoise, where the traffic dissolved and the food options materialized at a small intersection.
There, The Wayfarer restaurant stands out as much for its versatility as for its reliability. Every dish was fresh and unique, including the aforementioned Brussels sprouts and fried lobster. Lobster mac n cheese bubbled over with flavor, claws and tail meat. But the surprise was the bacon-wrapped meatloaf, a far cry from anything mom used to make. The meat was spiced Italian-style, offset by bacon and a sweet brown sugar glaze, as if a southern barbecue pitmaster decided to smoke up some meatballs. In a welcome break from the high-priced cocktail menus downtown, the Wayfarer is BYOB, which made our wine bottle and dinner all the more personal.
Personal seems to be the only way they do things around here – personal and local. Farm + Table owners Liz and Bruce Andrews know how to do both. They assist Farm + Table customers with welcoming conversation and by organizing this artisanal food store geographically, with little placards identifying an item’s home state. The shop, located near the Wayfarer, is in its second season, housed in an old red barn and chock full of eclectic offerings, like a wall of Maine jams or a shelf of South Carolina cocktail bitters. 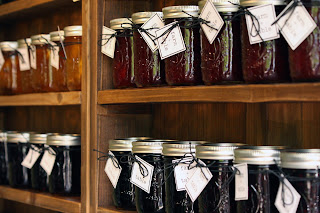 “Would you like to try some?” Bruce asked, as I perused jars of Maine-made bloody mary mix. I left with a jar.
Back across the street, right next to the Wayfarer, Cape Porpoise Kitchen doles out fresh-baked pastries, baskets of moist blueberry muffins and prepared foods for those looking to cast away for the afternoon.
Cape Porpoise is not the only epicurean enclave in Kennebunkport.
Down Ocean Avenue, Mabel’s Lobster Claw takes Maine seafood to a new level. They specialize in lobster, of course, but special is an understatement – their variations of baked stuffed lobster are the stuff of legend. The Lobster Savannah is a massive crustacean split and swollen with scallops, shrimp, mushrooms and Newburg sauce, topped with provolone and broiled golden brown. The result is as overwhelmingly delicious as it is artistic. 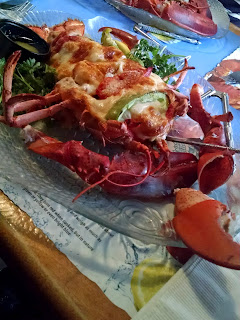 Other notables include the hyper-locally sourced al fresco dining at Earth at Hidden Pond (two onsite gardens make sure of that); and the creatively spun selections at Salt & Honey, like the juicy chicken biscuit sandwich and a zesty bloody mary.
Wherever you eat, be sure to stick around after dinner.
Rococo Ice Cream’s rotating selection of adventurous flavors keeps things interesting, like an exotically sweet Amarula Pecan and the Blueberry Chipotle, with a mild but noticeable heat on the backend of each lick. Our scooper encouraged us to try his own cocktail-based concoction, Dark and Stormy. A refreshing ginger/lime combo, we made sure to vote for it in Rococo’s summer staff contest for best original flavor.
We capped our night across the bridge at Old Vines Wine Bar. We lounged around their outdoor fire pit, wine glasses lazily swaying in our fingers, and tried unsuccessfully to recall something more satisfying than Kennebunkport’s culinary experience.
Read the story here: http://www.nshoremag.com/culinary-kennebunkport/ 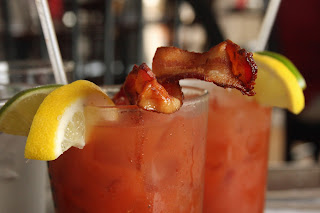 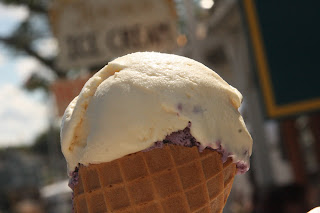 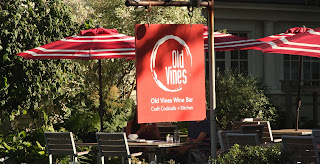