It’s worth getting to know ancient Rome 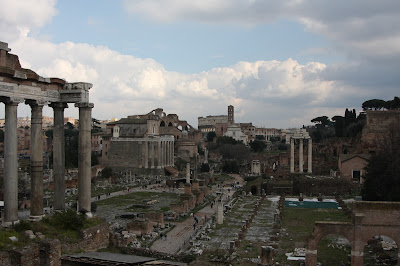 Two thousand years ago, Rome reached to the ends of the known world, amalgamating its conquered peoples, cultures and traditions into the greatest empire history has even seen. Even under dictatorial rule, they laid the foundation for modern democracy, art, food and an Academy Award for Russell Crowe.


And then it all crumbled. Through a combination of disease, religious turmoil, political infighting and constant barrage attacks from those nasty barbarians, the Empire disintegrated. Power in Europe shifted to other shores, leaving Rome abandoned to its own squalor and forgotten for years.

Modern day Rome has bounced back, of course, built around the stunning remains of its once great empire. You can’t spend a few days exploring this magnificent city without literally bumping into or stepping over its historical treasures.

But to fully experience Rome, you need to look a little closer, listen to your audio guide just a little more attentively. The stories behind the ruins bring them to life and make them so much more than just piles of rocks. If you listen and read in addition to look, some of the fascinating intricacies of this ancient city and its people materialize. 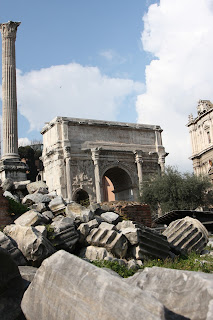 One of my favorite sites in Rome is the sprawling Forum. It is a history lesson you don’t want to fall asleep during. Every visitor truly gets a sense of how the Empire revolved around these few acres, and their religion and government flowed from each doorstep. You literally get to walk the streets once walked by the titans of early civilization. Columns, arches, temples and pulpits still stand, beckoning you to touch and feel. Interesting snippets of information hide among every fallen pillar and worn statue.

Take, for example, the story of the Vestal Virgins. In ancient Rome, young women called were recruited at an early age to tend an everlasting flame. They were revered by all, lounged in their own luxury box at the Coliseum and given a nice severance package after 30 years of celibacy and service to the Empire. But a vow of celibacy was not the easiest thing to adhere to. The punishment for breaking the vow? The impure Vestal Virgin was led out of town, given some food and lamp oil and buried alive. Permanently.

Nearby the Forum, the Coliseum beckons with the promise of action, intrigue and maybe a decapitation or two. Although worn and broken, this iconic arena remains one of the world’s most enigmatic sites. 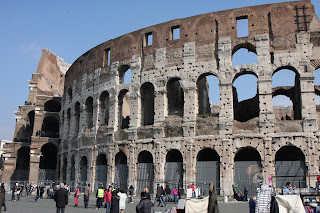 For a traveler, it is an invaluable and efficient stop because it provides a multitude of enticing details about ancient Roman society, from the games and battles that took place to the architecture and technology used to bring it all to life.

For example, my Coliseum audio guide revealed some insight into the Roman calendar - not the months and days, but their work week, or lack thereof. Romans had around 170 holidays or festival days throughout the year, leaving plenty of opportunities to attend events at the Coliseum.

Then there is the Coliseum itself. Walking from level to level, the grandeur – although dulled and worn by time – is explicitly evident. The structure rises all around you, engulfing you in ancient aura. The decorations and people dance to life in your imagination, and you can almost hear oohs and ahhs raining down from the nosebleeds seats.

The Forum and Coliseum are just two of a seemingly endless array of worthwhile sites scattered across Rome. I recommend climbing to the top of Palatine Hill for a splendid view or to the summit of the Victor Emmanuel Monument, where there is a cozy café. From each vantage point, Rome’s once golden majesty shimmers into vision. This city changed the world and then went away, but in the process leaving an indelible mark on history.

There are stories and lessons around every corner, on every plaque and in every ear bud attached to an audio tour. Some are well-known and others less so. But woven together they tell an epic tale of rise, rule and ruin. Armed with just a modicum of this eclectic information instantly elevates any Roman vacation.

But of course it is impossible to consume the entire civilization in one trip. That is why a stop at the Trevi Fountain is a must. Toss in a coin over your shoulder and legend says you’ll be destined to return to Rome in the future. 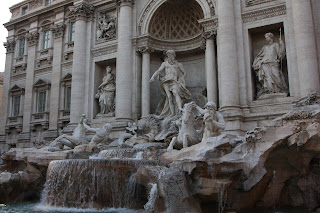