The Yeoman Warder stood on his block flanked by the and the Traitor’s Gate. He scanned the growing crowd, lips pressed together and eyebrows furrowed underneath his traditionally famous Beefeater cap. His experience (all Beefeaters are enlisted in the Queen’s Guard for 20+ years, I learned) was on display when he immediately picked out the smattering of folks from the States. 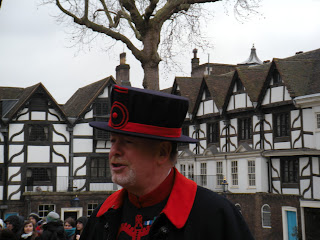 With an actor’s flourish and a soldier’s gravitas he bellowed: “You Americans, if you only just paid your taxes all this great history could have been yours!”


Thus the unveiled before us, one century at a time.

The Tower is a must-see, any guidebook will tell you. But what it won’t tell you is to fully appreciate the suits of armor, the torture devices and the crown jewels, you have to experience the rest of .

Monday we saw the tombs of the boy princes in Westminster Abbey. At the Tower, we walked through the room where Richard III had them secretly murdered to assure his ascension to the throne (allegedly). 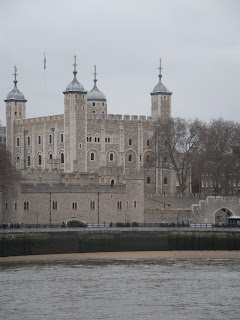 I stood on the spot Anne Bolyn lost her head, then sat in the first pew afore the altar under which her body rests; sat in the stone tower where Sir Thomas Moore waited for death; gawked at Henry VIII’s illustrious (and ahem a little exaggerated in the codpiece) suits of armor. The day before, at the National Portrait Gallery, we went through the Tudor halls, every bit of the walls dedicated to their likenesses painted centuries ago.

The crown jewels, brilliant and bold scepters and headpieces, swords and crowns, were unrivaled in beauty and spectacle. Every diamond came with a story, a purpose and a symbol of an Empire’s strength and regality. Thursday morning we pressed up to the gates of to glimpse (and I mean only glimpse) the Changing of the Guard. Inside, the proprietor of those priceless bobbles was home, doing whatever queens do and preparing for her Jubilee anniversary celebration in a few months at which she will don those crown jewels. 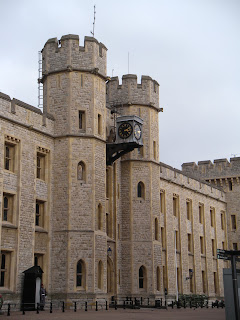 is a full day of symbolism, literature, history, tradition. But across the moat, the strings together a seemingly unending strand of jewels more significant than anything the Queen wears around her neck. If you aren’t blinded by the glitz, you’ll recognize connections everywhere. From the tomb in to ’s discoveries at the Natural History Museum; from the World War II memorial outside Churchill’s War Rooms to the Blitz-ravaged then rebuilt dome of St. Paul’s (pay close attention to the story about the men and women who kept watch on the dome during the actual bombings; now that’s courage).

The Beefeater was right. The British History is not my native own. But my experiences, my never forget moments in are part of my history. That’s enough for me. 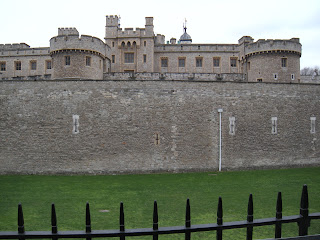 Besides, I have enough American History to pull from the annals of my memory. And I seem to recall some connections there to British History, perhaps from the late 18th century . . .