The following is a guest blog from avid traveler, writer and down-home Southern girl, Kelly Cheeseman. Quite frankly, one of the coolest, most adventurous people I know, Kelly's indelible spark for life translates into her storytelling. After hearing about her recent trip to Peru, I asked if she was willing to put together a guest blog for Wherever It Takes to talk about this amazing destination. Kelly, of course, did not disappoint. Check out these great photos and her unforgettable experience in the mountains and jungle of Peru. Thanks Kelly! 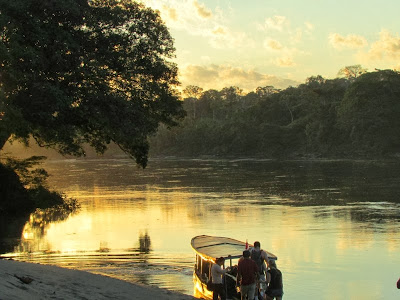 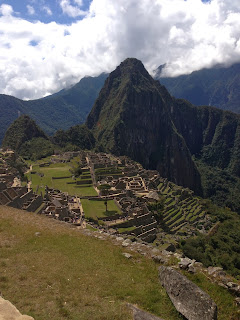 Everyone goes to Peru to see Machu Pichu – and rightfully so. This lost Incan city sits among the clouds and tallest peaks in the Andes Mountains and offers some of the most breathtaking views your eyes will ever behold. But the most shocking part of my nine day Peruvian adventure wasn’t the beauty of Machu Pichu: It was how amazing the less-travelled parts of Peru were. So let me sell you on the less-than-glamorous locations that became the highlights of my trip in the hopes that if YOU ever make it there, you’ll peruse (see what I did there) more than just the touristy parts. But first, some general Peruvian advice:

•  Toilet paper doesn’t go in the toilet. If you accidentally drop it in there, cross your fingers as you flush, and stealthily exit like you weren’t just caught with your hand in the cookie jar.

•  You can buy any part of an animal in a Peruvian market. Heads, hooves, fetuses. Peru is not for the faint of heart…or stomach.

•  Ignore any fashion sense you may have. You will be either hot (jungle) or cold (Lima) and dirty in Peru. Your luggage will probably be lost at one point during your trip. If you can’t roll with the punches, you won’t enjoy this awesome country.

When Lima gives you lemons, make a pisco sour.
Lima is home to more than two-thirds of Peru’s population. It’s a bustling city with a business-focused feel and a heavy catholic influence. It’s also a city that most travelers to Peru never explore. When my three friends and I were planning our trip, our first big decision was whether or not to spend any time in Lima. Those who have been to Peru will tell you mixed things. For many, Lima is just an overnight stop on their way to Cuzco -- a temporary launching pad to the real start of their trip. We decided that Lima was worth two days and were pleasantly surprised at what there was to do there.

1. See the churches. You don’t have to go into every church to get a feel for their beauty, but pop into two or three and be awed at their extravagance. We strolled around different neighborhoods and saw a monastery and the cathedral in the main square. They rivaled those in Europe, and in my opinion, surpassed them.

2. Take an afternoon to drink pisco sours on a balcony. Just off the Plaza San Martin, we took a break from the overcast, chilly weather to drink Pisco sours at the Hotel Bolivar. The Peruvian pisco sour is made by mixing Peruvian pisco with lime or lemon juice, simple syrup, egg white and Angostura bitters. It’s one of those drinks that you sniff and feel drunk. In other words, it’s amazing. 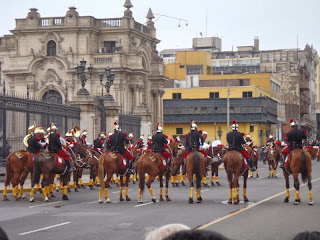 4. Go to the Barrancas neighborhood. Dip your toes in the Pacific. Find a restaurant along the coast to eat dinner. After your trip is complete, you’ll realize that the best food on your entire trip was the food you had in Lima.

We left Lima after two days to do the whole Cuzco/Sacred Valley/Machu Pichu thing. Yes, it was awesome and yes, we pet a lot of llamas, and yes, you can probably read 1,000 other blog posts from people who did the same sacred valley tour as ours. So let’s just skip that and move on to what was by far the best part of the trip – three days and two nights in the jungle. As four ladies who had conquered the concrete jungles of New York and Chicago, we were ready to try our hand at the real thing. And to convince ourselves that we could still be outdoorsy without hiking the Inca trail. And to feel like badasses.

Welcome to the Jungle. 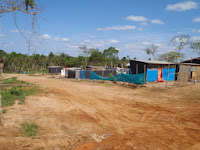 We hopped a flight from Cuzco to Puerto Maldonado. To say that Puerto Maldonado had an “airport” was a stretch (though at the time I didn’t realize that the single runway would be the last bit of pavement we would see for days). It was basically a small stretch of decaying roadway and an open air “terminal” with alerts posted of what the warning signs for malaria were.

Which brings me to the only rule in the jungle – don’t die. To do my best to follow that rule, I had to get inoculated from every disease you can think of that could cause a terrible 19th century-style death. Typhoid – check. Tetanus – ouch, but check! Hepatitis alphabet (A, B, etc) and yellow fever – check! Malaria pills (causing symptoms like hallucinations and intense paranoia) – yup, I took those too. 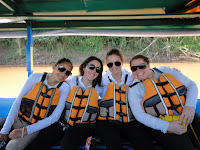 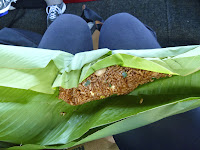 At the airport, we were met by representatives of our lodge – Posada Amazonas. We were told that we could take only what we could carry and that the rest of our luggage would be stored at a safe location to be claimed after the three days were up. Armed with DEET and light-weight clothing, we boarded the bus for a 40 minute ride on dirt roads to catch our boat to the lodge. Oh, didn’t I mention that the lodge was only accessible by boat? Yup, after the bus ride we had a 45 minute boat ride on the Madre de Rios where we were given lunch…inside a banana leaf. 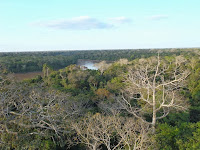 We pulled up to a sandbar (because there are no such things as docks in Puerto Maldonado) and had a 15 minute hike uphill to our lodge. It wasn’t until we reached the “lobby” of our lodge that I realized how far away we were from what I considered civilization. The entire lodge was open air – there was a roof to keep the rain off, but no walls in the main areas. Our rooms were also missing something important – a 4th wall! Yup, each room was completely open to the jungle. The rooms were equipped with whistles in case any wild animals wandered inside during the night (though my face would have likely been ripped off before I found the whistle in the dark).

All power was run through a generator that only worked from 8-9am and 5-9pm. After that, it was all candles and flashlights. While we all grumbled a bit about not being able to charge our phones/cameras/kindles whenever we wanted to, not having power ended up being the best thing for all of us. We really got to know the other travelers at the lodge. There was nothing to do in your room except sleep, so any free time was spent in the cafeteria/bar/lounge area drinking the way-too-strong drinks and telling travel stories by candle light, listening to the crazy animal sounds and trying to decipher if the sounds were from animals mating or sacrificing. (In my opinion, always animal sacrifice.) 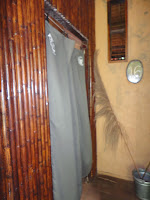 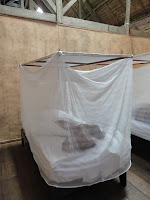 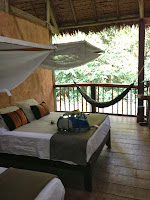 We had our choice of activities – from piranha fishing to jungle hikes to visiting a shaman to jumping into the Rio Madre de Dios and praying we weren’t bitten by leeches – and everything was awesome. All in all, my jungle experience was a perfect escape from my hyper-connected, technology-driven lifestyle. I went into it with no expectations and checked reality at the door cloth acting like a door. To all those looking for an adventure to tack on to your Machu Pichu trip, go to the jungle and keep the following in mind: 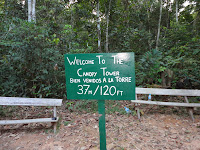 •  Drink what the shaman gives you. I explained in broken Spanish that I thought I was cursed, and I don’t know what was in the three shots I drank, but I do know that my life has been pretty awesome since then.

•  Be ok with the fact that you might accidentally touch a tarantula, snake, caiman, or bullet ant.  That’s what a medicine man is for, right? 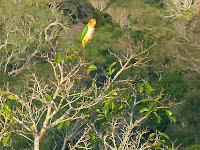 •  Do something simply because you might never have the chance to do it again – believe that the parachute will open. Because if you do, the view will be amazing.