Travel Mistletoe for Any Season: Five spots to steal a kiss 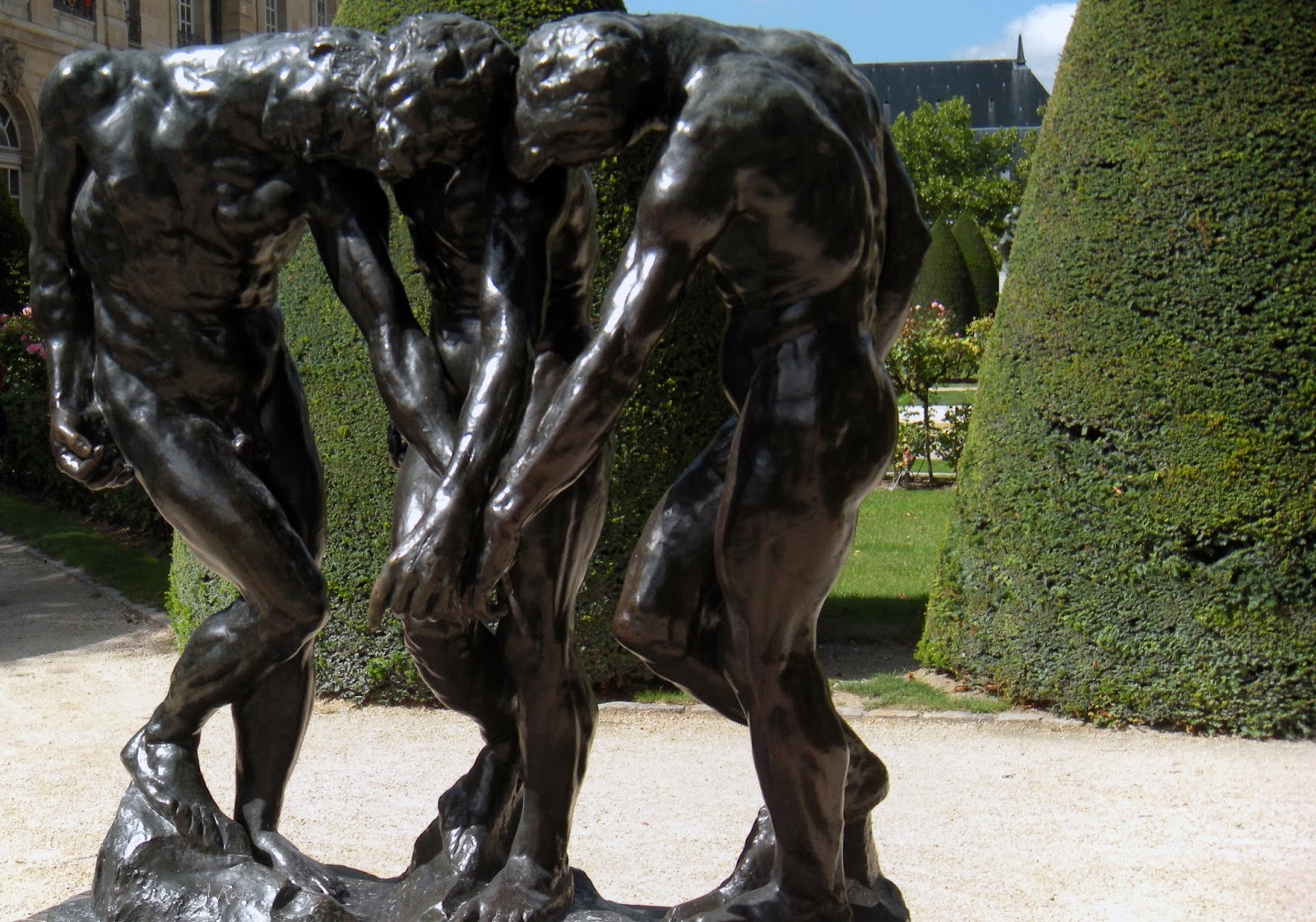 This piece appeared in the December, 2013 issue of Destinations Travel Magazine

Whether you are a legendary lothario or unlucky in love, stealing a kiss at the right moment can go a long way towards wooing your sweetheart. But the right moment has just as much to do with location as it does with romance. Sometimes snagging a quick snog starts by picking the right spot.

During holiday season, tradition has thrown the bumbling lover a helpful assist in the form of mistletoe, those little sprigs of foliage tacked to doorjambs that demand passers-by stop for a smooch. Perhaps there aren’t too many single people finding their soulmate by getting ambushed by lip-locks anymore. Mistletoe for most may be relegated to polite, slightly embarrassing pecks on the cheek from acquaintances at holiday parties.

But that does not mean spontaneous romance is dead. On the contrary, it exists in abundance in special locations around the globe; not in a weed nailed to a doorjamb, but at fairytale castles, in aromatic gardens and atop stunning vantage points.

These are travel’s own version of mistletoe – those unexpectedly romantic spots that set the mood with inherent romanticism. And the best part is, they work all year round. Watching a sunset from a car riding on the highway is a traffic nuisance. But step onto a secluded beach, hand in hand with your significant other, and that sunset becomes the universe’s most powerful aphrodisiac.

The tradition of mistletoe began in Europe, with several origin stories bouncing around history and mythology. Fitting, then, are the countless spots around Europe that carry on this tradition of romance twelve months a year.

It is no secret that Europe is home to some of the most romantic cities in the world. They pay homage to love in one way or another, from ruined temples dedicated to the god of love to padlocks adorning bridges in a symbol of devotion. Romance is equated with a gondola ride along a Venice canal, or a moonlight stroll along the banks of the Seine.

The clichés of love abound in Europe. But the best spots are the unexpected ones. Your significant other should be just as surprised by the place’s romantic atmosphere as he or she is with your ability to harness it.

Whether you’re looking to pop the question, spice up your honeymoon or just surprise your sweetheart, finding the perfect place is easy to do in Europe, if you know where to look. These five European destinations are a good start.

Verona, Italy is home to the most famous tale of star-crossed lovers ever written: Romeo and Juliet. The city has embraced the love by promoting several tourist locations with connections to the tale. The most well known is Juliet’s famed balcony from which she listened to Romeo sing her praises. 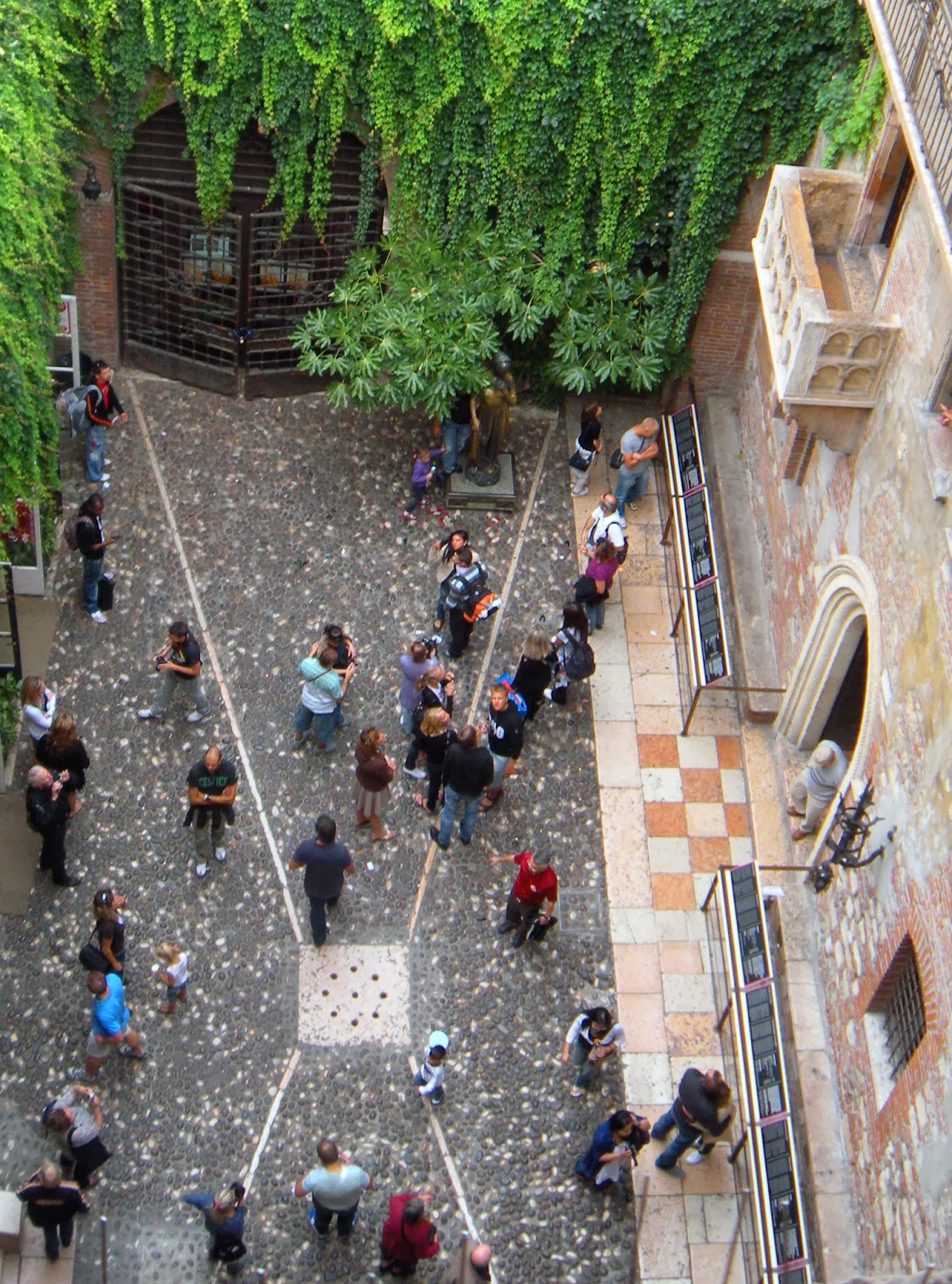 To get to Juliet’s balcony you squeeze through a crowded tunnel covered with love notes, mostly to the eponymous maiden. What looks like graffiti at first glance, begins to set the mood at closer look.

In the far corner of the connecting courtyard, a statue of Juliet stares demurely at the passers by, many of them copping a feel of her breast (they say it is supposed to be good luck). The petite statue stands underneath the famous balcony.

But it’s not until you enter the home and ascend the stairs toward the balcony that the scene becomes more surreal. Standing out on the balcony affords you the opportunity to recite a few poorly remembered lines from William Shakespeare’s play and spend a special, yet fleeting, moment with your special someone. But the moment is torn away after a quick snapshot and the next couple replaces you.

The real romantic spot is back before you arrived at the actual balcony. As you make your way through the house, find the windows that look down upon the courtyard and the balcony. Perhaps a touch voyeuristic, the real whimsy of this place opens up from this vantage point. Couple after couple will appear on the balcony, smiling arm in arm. From here, you can’t help but feel the love. 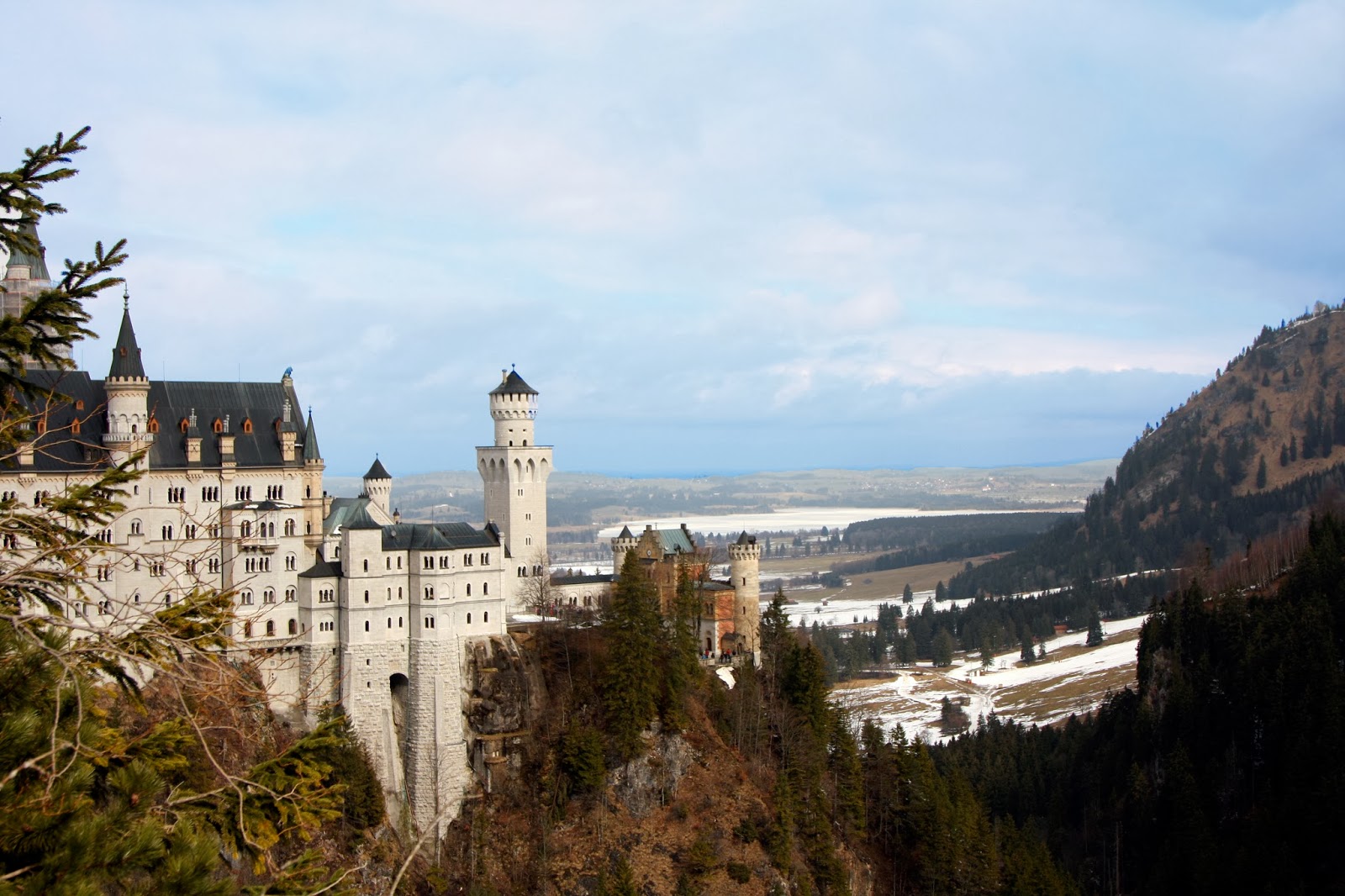 The village of Fussen, Germany is home to one of the world’s most famous castles, but you may not know it. Walt Disney modeled his Cinderella Castle after the masterpiece that is Neuschwanstein Castle. King Ludwig’s summer residence is perched high up on a rocky outcrop overlooking the stunning Bavarian countryside.

Everyone dreams of a castle like this when they are young. We all wonder what it would be like to be the valiant prince or beautiful princess, living in extravagance with the royals.

But as charming as the castle itself is, with spires and towers just begging for a damsel in distress, it is not the most romantic spot in the area. As you climb up the path to the castle, keep on going right by it and trek farther to Mary’s Bridge. This skinny walkway traverses the massive gorge cutting behind the castle. From high above Neuschwanstein, the entire castle soaks up the panorama. From here, the fairytale becomes as real as it ever could, evoking your own personal “happily ever after.” 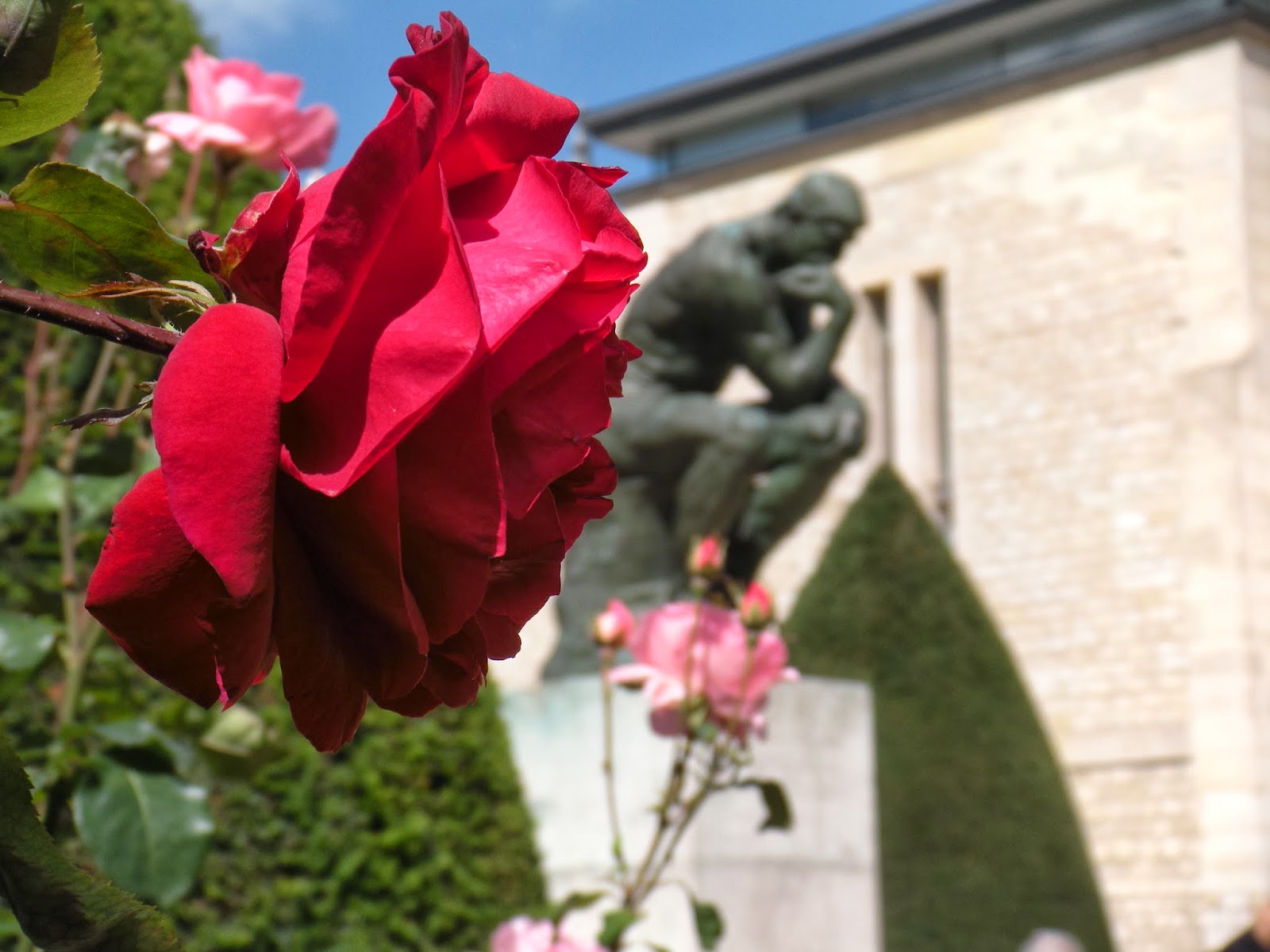 To put Paris, a city synonymous with romance, on a list of unexpectedly romantic spots would seem trite. But don’t underestimate the City of Light. Paris can still turn a few tricks, and not just at Moulin Rouge.
The Rodin Museum, dedicated to the works of French sculptor Auguste Rodin, is home to some of the most stunning and famous pieces of artwork in history. Rodin’s Gates of Hell and The Thinker rest outside in an exquisite garden. At first glance, the writhing figures on pieces like the Gates of Hell do not elicit a romantic feeling. But let the garden draw you in, with bursts of color from flowers and roses offsetting the dulled bronze worked by Rodin’s hands.

It might be the flowers, it might be the thoughtfulness of The Thinker, or it might be the entangled (mostly naked) bodies in the other sculptures, but the garden here certainly has the potential for temptation, and the opportunity for you to create your own romantic masterpiece. 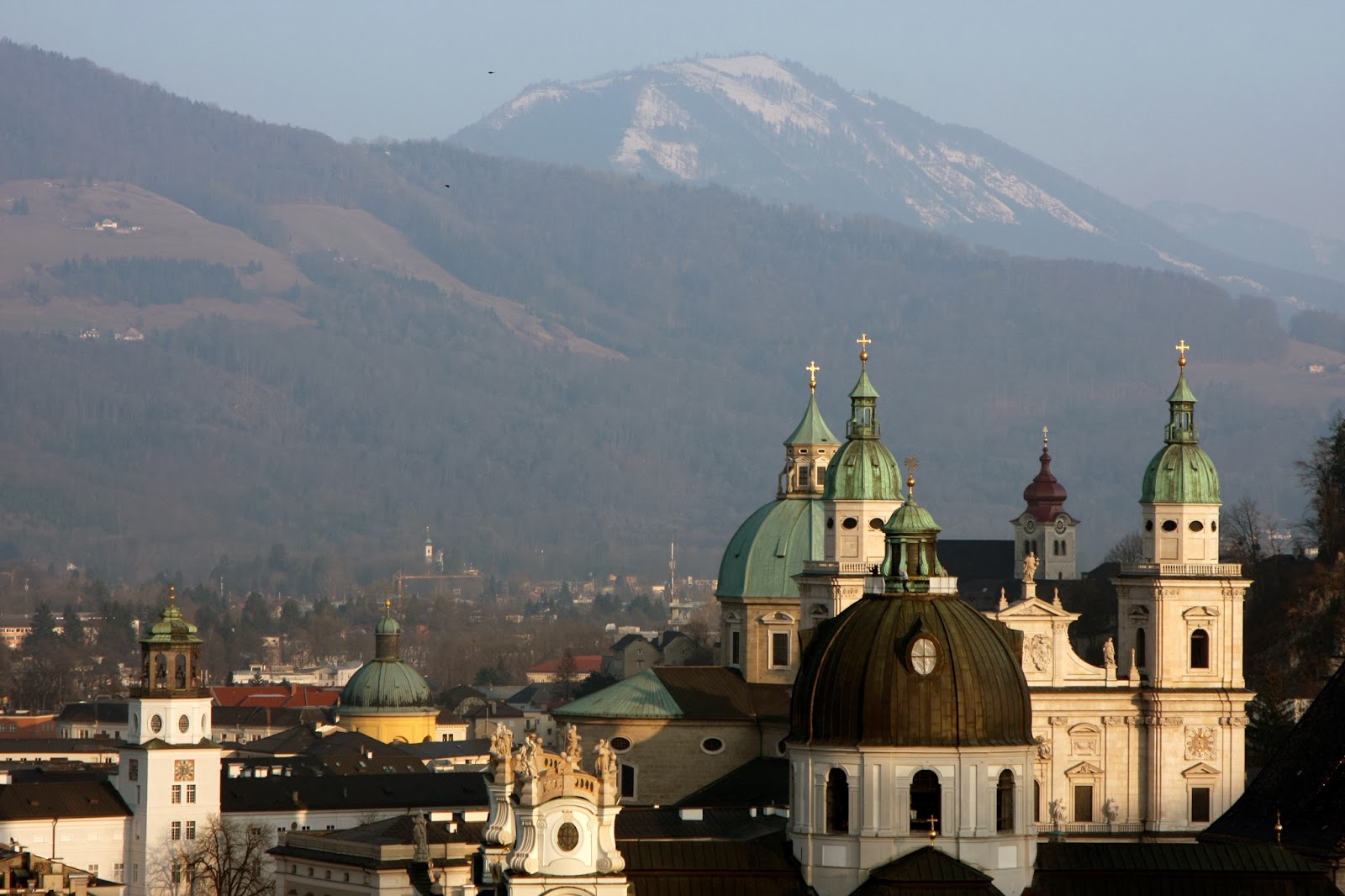 Classical music pours from every window in Salzburg, Austria, giving everyone in the city a giddy step. Utilizing that bit of extra energy is necessary to explore this mountain town, its rows of churches, courtyards and gardens, and the looming ridge that runs like a backbone behind the old town.

Up along the ridge, the Hohensalzburg Fortress sits every bit the patriarch, hulking over the cliffside. The fortress is a symbol of strength, fortitude and stability; virtues any lover would want to embody. Not to mention, the view from up there is extraordinary. The only problem is, you can’t see the fortress itself.

A short walk along the ridge brings you to the Salzburg Museum of Modern Art, which sits just as high. The museum has a wide patio right along the cliff affording views of the river, the shining spires and, of course, the fortress off in the distance. At dusk, the sun glints off the river and ridge, imbuing the rooftops, the green turrets and the steely spires with deep amber orange. It’s enough to make you burst into you favorite Sound of Music song. A better option, though, is to steal a kiss and enjoy the breathtaking vista. 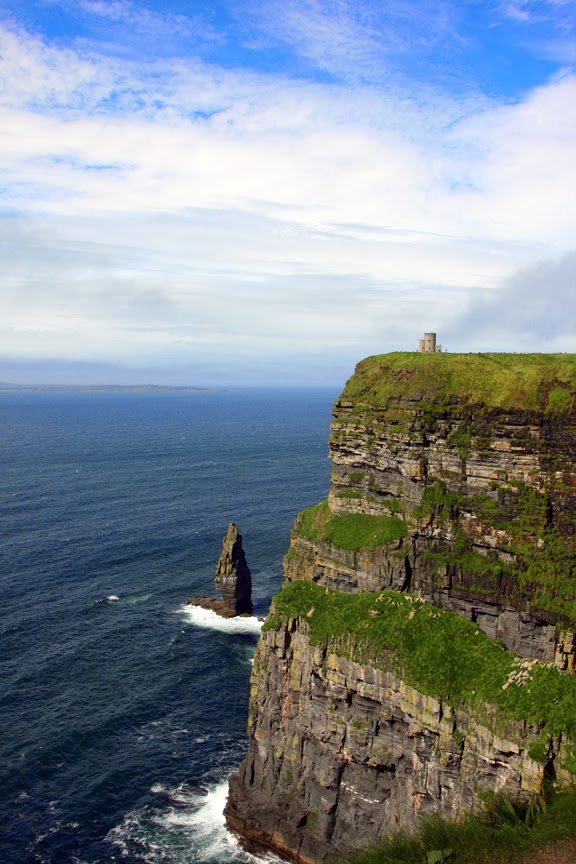 Danger gets the juices flowing. One step towards the edge of Ireland’s Cliffs of Moher on the western side of the country, will get your blood pumping with excitement. The thumps continue from the exquisite natural beauty before you. Emerald green grass runs to the very edge and spills over into oblivion, nothing but air between it and the sea spray crashing against the cliffs below.

Your stomach lurches as you peer over the edge; reminiscent of a similar feeling of falling – into love, perhaps? Wind gusts sling across the top of the cliffs like arrows from Cupid’s bow. The scene naturally drives people towards each other.

There is something powerful about the Cliffs of Moher, something almost mythological. Throw in the unavoidable fact that as visitors to the Emerald Isle, there’s a good chance you’ve been imbibing in a few pints of Guinness, and inhibitions may be thrown in the wind. It all adds up to a perfect and unexpected opportunity to pull your lover back from the edge and hold on tight.

The truth is, travel mistletoe can be anywhere in any season, if you take advantage of the opportunity. Many of us travel to get closer to other people around the world. Nobody ever said the person you get closest to, can’t be the one you brought with you.
Posted by Mike at 9:59 AM