Here are my favorite 11 photos from 2011, spreading from London to California, Canada to the Southwest. Of course, there's a story behind each, browse through the old blog posts to find a few. Happy New Year! 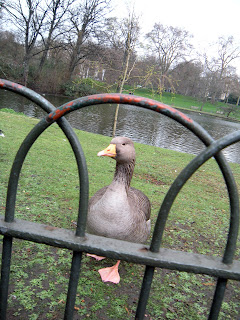 11. Angry Duck (or is it a Goose?)
This ornery waterfowl was not a fan of me walking through London's St. James Park. Thankfully 2 foot iron fence kept him from attacking. 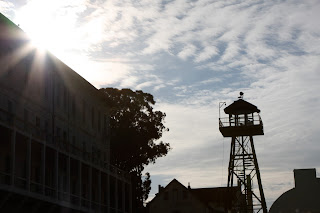 10. Alcatraz Watchtower
The sun set just as we set foot on the infamous prison island in San Francisco bay. During our night tour the creeks and groans of the aged facility made it come alive. But this photo of the sun over the watchtower almost made it seem peaceful. 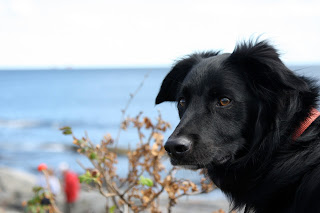 9. My Dog Bond
Taken along the rocky shores at Two Lights, Cape Elizabeth, Maine. Getting him to sit still was almost as impossible as keeping the seagulls away!

8. Yosemite Park Panoramic
Yosemite Falls in the foreground, Half Dome in the distance. The most amazing nature scenes in America spread out for miles and miles. 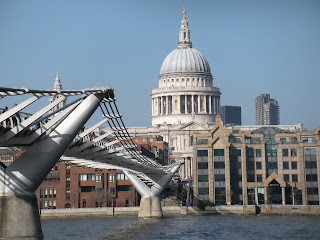 7. St. Paul and the Millennium
Old and new collide as London's iconic dome rises from the end of the city's modern footbridge. My favorite part of this photo, other than the cool curves of the bridge wires and the dome, is that there is a blue sky during March in London! 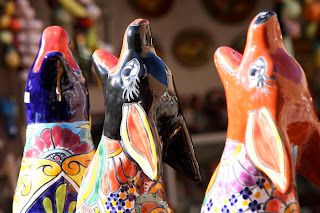 6. Howling Coyotes
Tucked away down a side alley in Santa Fe's Old Town is a courtyard filled with traditional ceramic statues. The brightly colored souvenirs make fill the color spectrum from entrance to exit and reflect the New Mexican sun into a fractured rainbow. These three coyotes were my favorite, but with the vibrant colors in New Mexico, it was hard to take a bad photo. 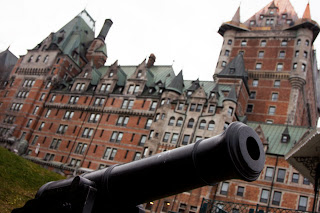 5. Frontenac Cannon
The grand Frontenac Hotel in Quebec City, Canada sits like a sentinel atop a bluff overlooking the St. Lawrence River. To this day, canons line the outcropping, rolling in lines over the hills from the city's Citadel fortress, which lies a few hundred yards from this legendary hotel. History and old time glamour abound north of the border. 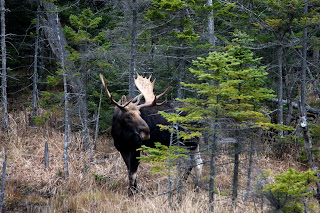 4. Got Moose?
A chance encounter alongside a remote stretch of highway in Franconia Notch, New Hampshire led to my first ever moose sighting. Right around the corner from where the Old Man in the Mountain used to watch over the White Mountains, before his craggy face crumbled away. This big guy was larger than my SUV and put on a little show, strolling through the brush and brook before crashing back into the dense pines. 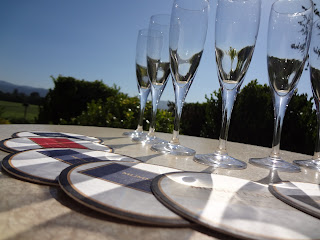 3. A Tasting
What's better than a multi-glass tasting at Mumm wineries in Napa, CA? Refilling those champagne flutes with another round just as the sun sets over the vineyard. A half dozen glasses of sparkling wine from one of the region's premier makers combined with the smell of fattening grapes and a clear summer dusk makes for a great photo, and an even better moment. 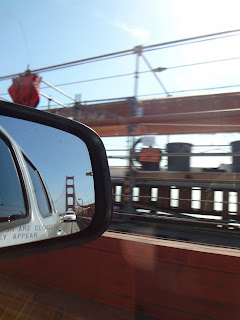 2. Golden Gate is Closer than it Appears
There were many great photos of the Golden Gate Bridge from our trip to San Francisco in June, 2011. But my favorite was a quick shot from the rental car window while driving across the iconic landmark. Sausalito behind us, San Fran up ahead. 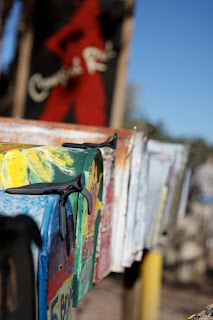 1. New Mexican Mailboxes
At a random point along the Turquoise Trail, somewhere between Albuquerque and Santa Fe, you forget you're in 2011 as the ghost towns all blend into one ramshackle shanty. But then you hit the art communities and the vibrant colors of New Mexico blow away the beiges and broken wood piles. It's hard to imagine anyone out here gets much mail, so it's easy to see why they've turn them into pieces of art, such as these ones near the Cowgirl Red shop. This is my favorite picture of 2011 travel, just because of the colors, which will always remind me of random spots in the great American Southwest.

Your Top Travel Photos of the Year: 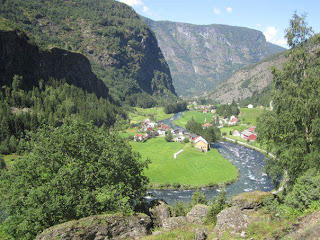