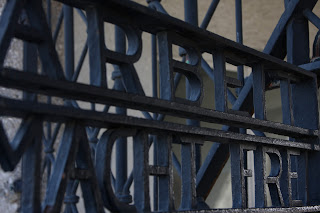 There is a photograph - blown-up, black and white and grainy - in the middle of Dachau Concentration Camp. This particular picture weighs almost nothing compared to the thousands of others lining the memorial site’s museum; other photos of slavery, brutality and evil that bear heavy on the soul.

But if you look closely at this particular photo, you will notice something that resists the gravity of : life.


At one side of the camp’s main yard, two reconstructed barracks remind you there used to be 30 more rows erected behind them. Instead, their rectangular foundations run in an ordered, militaristic line down both sides of the camp’s main road.


This particular photo stands a few steps behind the existing barracks, on the left side, somewhere near the start of the road. The photo shows the road and the barracks as they once were when was in operation. Prisoners stand outside in the dirt, gaunt and stripped of clothing and dignity. 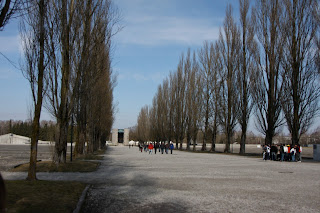 But standing between each barrack building and the road, is a tree. Dozens of small poplar trees, bigger than saplings but still young. There is one planted for each row of barracks, lining the main road from start to finish.


The photo itself would mean very little, if not for the view you get when you lift your eyes from past to present.


The barracks are gone. The poplars have grown.


They soar above the camp, tendril branches jutting up in a conic swoop, converging high in the sky above. They are stark and bare, a reflection of the season and the setting, and the bark is gray-black like ash.


There they stand. Living things lining a road that led to so much death. 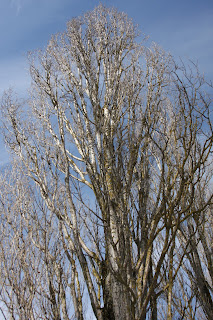 The solemnity of a visit to may not strike the average tourist as a fun way to spend your afternoon in southern . There are, of course, so many beer halls and Bavarian castles awaiting your arrival with open arms and empty steins. But the thoughtful traveler will go and be struck by the power in a few photographs, or a small concrete room, or a twisting rusty barb-wire gate, or a long row of poplar trees.


There is meaning here and no one person can tell another how or where to find it. The gate through which you enter reminds you, “work will make you free" and the inscribed stone above a tomb of unknown prisoner ashes says, “Never Again.” Cause and effect personified. But some things pluck different strings on every heart. A young Italian woman in a tour group could not stand to look into the cremation ovens. 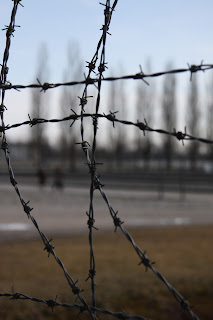 Inside the museum an American visitor read a page of anti-foreigner Nazi propaganda and said out loud, “this doesn’t sound too different than some of the things those crazy conservatives say about Mexicans.” I tried to put all political affiliations aside; she may be right about similar rhetoric, perhaps not about intention and we can only pray not the implementation. But nevertheless, the sight struck this woman deeply, caused her to apply the lessons of the past to the world in which she lives.


And that is why I stood riveted amidst towering poplars. It was the connection to the past; application to the present. For some reason I thought about the current struggles in Syria (in large part because international television actually reports on worldwide events, unlike American news which spends 23 of its 24 hour cycle rehashing why donkeys and elephants can’t get along). How many cedar trees in that country have witnessed such horrors?


I’m not going to make any lofty connections or place a haughty meaning on something that I, as a young American, could never truly understand.


All I know is that the poplars are there. And if you look at the photo, then look at the line of trees in front of you, something in your stomach will drop. The poplars, literally rooted in not-so-distant history, left my eyes a little more open. 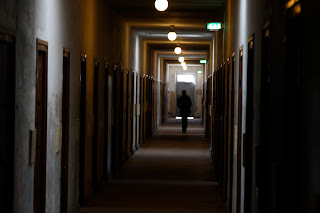